“Almost Christmas” is a hybrid animated short film which tells a story that on Christmas Eve, a blind girl and cripple boy encounter a magical healing light which allows them to walk and see. They chase the mysterious light and step onto a life-changing journey.
5 minute read
Total
0
Shares
1
0
0

Directed by Xinyuan Zhao, ‘Almost Christmas’ is a hybrid animated short film. The film takes the audience on a magical adventure with a heartwarming storyline as a blind girl and a crippled boy find out that they can be themselves again courtesy of a floating magic light. Able to see and walk, the two go off on an adventure across town until the magic starts to fade. Hopeless and sad, the two will continue to persevere and a pleasant surprise awaits them at the end of their journey.

In addition to its heartwarming storyline, “Almost Christmas” has also been recognized for its exceptional animation and storytelling. The film has won 32 awards and received multiple nominations at prestigious film festivals such as the New Creators Film Awards, the Swedish International Film Festival, and the Los Angeles Film Awards. These accolades are a testament to the film’s ability to captivate audiences and leave a lasting impression. Let’s dive into this story together!

To say anything other than the fact that ‘Almost Christmas’ is a magical adventure would be denying reality. The film is absolutely beautiful to look at and it manages to chug at your heartstrings in such a way that one cannot help but feel for its protagonists. Zhao and her team have put monumental efforts in the film’s production to bring it to light and every frame, every character is a testament to this effort. From the character animations to the background design and from the music to the message, Almost Christmas packs more magic and emotion in its three minute runtime than most feature length Christmas movies manage to do in two hours.

Another fascinating thing about the film is how there is not a single moment of spoken dialogue in its entire runtime. With this obvious means of exposition out of the way, Zhao uses the character’s faces, mannerisms, and actions to convey the story to the audience. The result is that the audience finds itself invested in the story as we decipher and decode the character’s motivations and shortcomings. Almost Christmas’s dialogue-free story works well because Zhao is able to utilise visual and musical cues to better convey the same information to the audience.

Furthermore, the best aspect of the film is how it moves the audience and allows the audience to step right into the shoes of its protagonists. The first time we see the girl and the boy, we cannot help but identify with their struggles. Soon, a magical solution presents itself and the protagonists are virtually cured outright, and so begins their gleeful realisation that they would not have to live their lives in hopelessness and regret. The world is a cruel place and Zhao, through her film, is trying to tell us to never lose faith as good things might be just around the corner.

Packing so much story into the three-minute film was always going to be a challenge but both the editing and narrative pacing is such that this is pulled off flawlessly. Zhao has meticulously crafted each second of the film and therefore, this complex work of art has come to life. Equally impressive is the digital cinematography that captures the spirit of the holiday as well as the magic that comes to our protagonists in an organic, believable way.

This is important as the film manages to capture a sense of wonder that seems to be missing in most movies today. Stories are supposed to transport you to another dimension, make you believe in miracles and move you to your core; Almost Christmas manages to accomplish all three of these aspects without fail.

In the visual department, the artists have created an outstanding mesh of 2D characters in a three-dimensional world. Every shadow, every grain of snow and every subtle facial movement feels organic and right at home with the overarching theme of the story. Capturing the visual aspect of the magic would have been difficult but the artists have done a splendid job in this regard.

One of the most impressive aspects of “Almost Christmas” is the combination of 2D and 3D animation techniques used in the film. The 2D animation was created with a focus on puppet animation for its efficiency in applying animated actions and for its benefits in the lighting process. Zhao led the animation team in using Toon Boom Harmony’s basic bones and envelope deformers to give the characters realistic movement and shape, as well as a weighted deformer for the textured scarf and jacket to get smooth deformation.

The 2D animation was then integrated with 3D animation for the backgrounds, using a 2.5D camera to create the illusion of 3D space in the small town setting. Under Zhao’s direction, the 3D team also modeled and textured the buildings and decorations in Autodesk Maya and used hand-drawing techniques in Photoshop to texture the models to achieve a graphic 2D look. The skillful blend of 2D and 3D animation techniques in “Almost Christmas” adds visual interest and enhances the emotional impact of the story.

The result is a film that looks and feels surreal, which is both in sync with the tone of the story and the journey of its characters. Therefore, to put it simply, there is not a single shortcoming in the film, and it wholly feels like a work that will both find great success and will stand the test of time.

A beautiful, heartfelt, and emotional story about experiencing miracles on Christmas, Xinyuan Zhao’s Almost Christmas is a fantastic ode to magic and unlimited possibilities associated with the holiday. Visually vibrant, thematically rich and fantastically designed, this is a short that is sure to warm your heart, bring you close to your loved ones and make you believe in the power of miracles. We cannot recommend this film enough for its positive messaging.

ABOUT THE Xinyuan Zhao

Xinyuan Zhao is a director and animator, who finds inspiration in her daily life and works tirelessly to bring her visions to life.

She is always looking for new ways to combine different techniques and styles to create truly innovative art that is capable of inspiring and drawing in new audiences.

Overseeing these projects is vital to her work flow to ensure harmony and cohesion in the project and to meet strenuous stylistic and technical requirements so the entire team can create a project they are proud of. 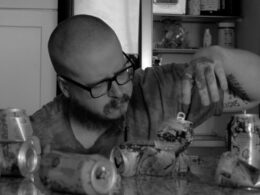 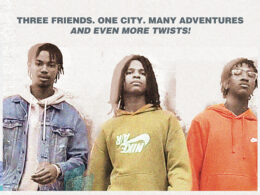 REVIEW – THE KINGFISH DIRECTED BY SAINT MARTIN AND TAB EDWARDS

"The Kingfish" is a T.V. series pilot about the Saturday adventures and exploits of three savvy, smart, Philadelphia high-school friends who must use their smarts and a bit of luck to get out of a series of predicaments.