At the 75th edition of the star-studded-yet-arty Cannes Film Festival, Tzef made their first-ever appearance at the French Riviera fest. And a triple one, no less: as jaw-droppingly striking Eva in Panos Koutras’ tragicomedy “Dodo” which premiered globally in the Cannes Premiere section; as an extra in David Cronenberg’s much-anticipated sci-fi horror “Crimes of the Future” in competition for the 2022 Palme d’ Or; and as their very own self, of course – “I am all about a glass of champagne and a glamorous festive moment where we get the chance to celebrate life” they quip aptly.

Tzef Montana, the 30-year-old music producer-turned-model and actor hails from the Greek coastal town of Korinthos (Corinth); and is no stranger to glam. Mainly (though not exclusively) via cutting-edge fashion shows and trailblazing campaigns, they have already made their mark in quite some avant-garde international circles. Born Yorgos Jojef Assimakopoulos to an Ethiopia-born-and-raised Greek father and a Flemish Belgian mother, Tzef, as their buddies used to call them back in their Marilyn Manson-esque schooldays, knew all along. They just knew they could not be harnessed by what their physical body and chromosomes were dictating them. They just knew all along…

Nowadays, they identify themselves as non-binary. Queer, too. But these are just politically correct labels, or are they?

“‘When did you come out? How did you discover? When did your transition start?’ are some of the most frequent questions I’ve been asked,” says the tall lanky androgynous brunette.“But I can’t quite remember how I became me. All I know is that it didn’t happen overnight. This has been a very long process from A to B. My own personal journey to womanhood can be viewed as a flower that blossoms out of a seed. You just see the result, you can’t follow the process.”

So, they somehow moved from being “the well-behaved son, who would later on graduate with honours in Arts from UCLA and become employee of the month in giant record labels, […] while marrying a cis gender woman” to being described by the press “as a trans icon, a sex symbol but also as an author and a national activist,” Tzef graciously reminds. Indeed, their autobiography, astutely entitled “From Corinth to Non-binary” (Athens Voice Books), was published last December. Critics praised its authenticity.

Love, Stereotypes and the Quest for Visibility

But it was activism, it would seem, that proved to be Tzef’s true calling. Their raison d’être. They explain: “Instead of chasing fame and power and vanity, I am looking for real beauty. That comes when we pave the way towards a more inclusive, collective, fair world. This has been my biggest motive and challenge within the industry. For example, I was skeptical about being just a model who is dressed, undressed, set up. What I did was a kind of activism, non-binary modeling. And that’s why I did not accept to work with big agencies, because I did not consent to be put on the male or female board. It was not about me reproducing their beauty standards, I wanted to break the stereotypes and claim visibility for a world that was still invisible.”

Claiming visibility seeped into their personal life too. Together with their long-time love partner, the late Scottish musician, record producer, singer, and d.j. SOPHIE, a trans woman, Tzef traveled the world, partied like there’s no tomorrow, and envisioned “a whole new world, an ‘immaterial’ world, a world which includes all,” they assert. “We should all start making decisions by taking into consideration what we want to leave behind once we are gone. Sophie did her part. Together we had a vision that I’m still trying to serve and fulfil.”

Case in point, Tzef’s unquenchable quest for a fairer more inclusive world saw them getting actively involved in the burgeoning Greek #MeToo movement. “The right to self-determination is a legal obligation in my country. I don’t believe I will ever get the chance again in my life, to give back to society and offer something more important, of such depth than what I did this year in court. We stood against our tyrants, against oppression and we became the change we wanted to see tomorrow in our world. I felt proud to stand by the victims’ side. Justice brings hope. The dialogue has just opened up in Greece and in Greek media, and theoretically we have taken some important steps. But you need to know, that also in my country daily threats to our lives and dignity are still around. A friend of mine, Zach [activist drag queen Zackie Oh, aka Zak Kostopoulos], was brutally murdered in the centre of Athens in broad daylight because of their trans-identity. So, it’s my obligation to stand against this injustice.”

On Films, Greece and Pilates

An avid moviegoer since their youth in Korinthos, Tzef Montana (their chosen surname blatantly inspired by the hit teen sitcom of the mid-‘00s) is just thrilled that of late major international filming productions seem to be opting Greek locations for their shootings, following an aggressive state policy to attract such ventures via generous co-investment. “I love my country. This is where I’m from and nothing compares working in the soils that nurtured you. I have always viewed Greece as an unsafe and inadequate place for me to create and exist; and that hurt me. The thought that I need to move to London or New York to make my dreams come true saddened me. So now it moves me even more that I get to create Art in Greece,”  they rejoice.

Only to add: “You definitely get affected by the environment you are working in –  the society, the culture, the sociopolitical parameters of the place you shoot in. The culture has a big impact and inspires directors and creators in a different way. I believe it’s important to shoot in countries like Greece, or Ethiopia, or Iran. It makes a huge difference to shoot in such countries vs shooting in a studio somewhere in LA. And from a production perspective, I hear it’s more cost-effective too. Just putting it out there…” Tzef jokingly concludes.

As soon as they returned to Athens, on May 28, Tzef Montana gave a talk as part of the 11th TEDx Athens event hosted at the National Opera House. Then, off to two more movies scheduled for shooting in Greece during the summer. Namely, “the sequel of a very successful Hollywood movie and the upcoming feature film of another famous Greek director”. And somewhere in the distant future, their ultimate film goal; a movie about a trans-lesbian couple that they aspire to direct themselves.

In the meantime, though, Tzef Montana is simply preparing to take Cannes by storm. Or are they? “I really don’t like preparing,” they concede. “My Pilates coach taught me to flow in life and just show up without too much pressure or too much preparation. However, I did have to do some dress rehearsals for my red carpet looks. Actually, I was accidentally stuck by the designer’s needles a couple of times. It did hurt but I see it as…acupuncture, I guess.” 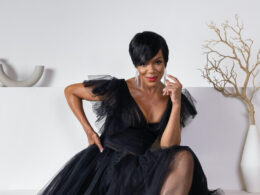 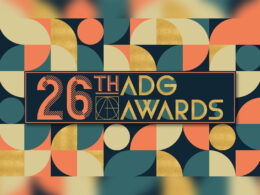 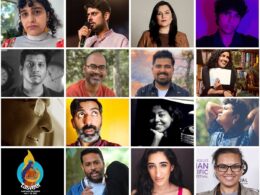 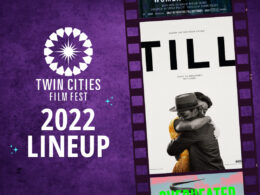