Stream the Series Premieres of THE LAST OF US, VELMA, and THE CLIMB.
3 minute read
Total
0
Shares
1
0
0

​​HBO Max announces programming coming to the platform this January including the series premiere of THE LAST OF US (1/15). This series takes place 20 years after modern civilization has been destroyed. Joel (Pedro Pascal), a hardened survivor, is hired to smuggle Ellie (Bella Ramsey), a 14-year-old girl, out of an oppressive quarantine zone. What starts as a small job soon becomes a brutal and heartbreaking journey as they both must traverse the U.S. and depend on each other for survival. The series will also receive an official companion podcast hosted by Troy Baker who sits down with series creators Craig Mazin and Neil Druckmann for a scene-by-scene deep dive of each episode.

HBO Max and TNT will be the home of live soccer game coverage for the U.S. Women’s and Men’s National Teams starting in January 2023. The first opportunity to stream live sports on HBO Max in the U.S. will be on Tuesday, Jan. 17, when the USWNT face New Zealand at 10 p.m. ET.

VELMA (1/12) is an adult animated comedy series telling the origin story of Velma Dinkley (Mindy Kaling), the unsung and underappreciated brains of the Scooby-Doo Mystery Inc. gang. This original and humorous spin unmasks the complex and colorful past of one of America’s most beloved mystery solvers.

THE CLIMB (1/12) is a visually-arresting and life-changing adventure that represents the foundations of rock climbing and exploration of the human spirit. Hosted by Jason Momoa, in this all-encompassing competition, amateur climbers are put through a rigorous series of mental and physical challenges, utilizing some of the most intimidating ascents in the world to crown the world’s best amateur climber with a prAna sponsored climbing career and a $100,000 cash prize.

Season three of IN WITH THE OLD (1/11) follows designers, builders and old-home enthusiasts in small towns and big cities across America as they reimagine and transform abandoned structures by preserving their historical integrity while giving them a new purpose. CABIN CHRONICLES (1/20) takes a look into the architecture and design behind cabin owners’ beautiful homes. IN WITH THE OLD and CABIN CHRONICLES will be available on the Magnolia Network and discovery+ in addition to HBO Max.

WHO’S TALKING TO CHRIS WALLACE? (1/6) returns for its second 10-week season, featuring one-on-one interviews across the spectrum of news, sports, entertainment, art and culture. Highly anticipated guests this upcoming season include Jessica Alba, Brian Cox, Ina Garten, Hugh Jackman, and many more that will be announced in the weeks ahead.

Additional titles coming to the platform in January include REAL TIME WITH BILL MAHER (1/20), which offers Bill Maher’s unique perspective on contemporary issues, with its opening monologue, one-on-one interviews with notable guests, roundtable discussions with panelists, and its signature “New Rules.” GAME THEORY WITH BOMANI JONES (1/20) sees the Emmy®-winning Jones share his satirical takes on the intersection of sports and culture through topical monologues, sketches and deep dives. REAL SPORTS WITH BRYANT GUMBEL, going beyond wins and losses and statistical comparisons with an inside look at the modern world of sports, highlighted by unique and in-depth profiles on athletes and trailblazing newsmakers, timely investigative pieces and impactful global issues that shape and transform the athletic landscape, will return for its 29th season. 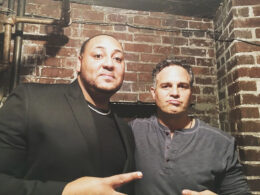 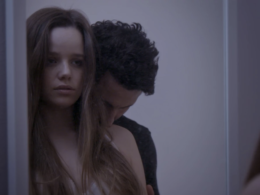 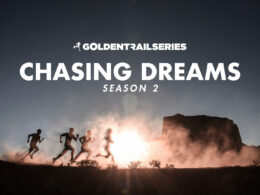 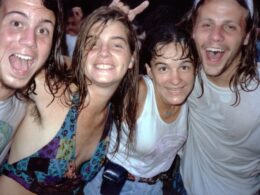