This month LG’s exclusive free streaming service, LG Channels, is offering LG TV owners access to a wide range of modern movie classics free to stream for a limited time for the month of September. Whether viewers are in the mood for a heart-pumping action thriller or an emotional rom-com, LG Channels has something for everyone.

In addition to the movie lineup, LG Channels continues to add new channels this month bringing the total free channel offering to over 350 including Love Nature (101) and the ACL Cornhole TV channel (492).

Here’s a look at what’s new on LG Channels this month:

The Mask – Jim Carrey and Cameron Diaz star in this story of a sweet, socially inept bank teller who discovers a mask that transforms him into a superhero … but one whom you may not want to call for help.

Million Dollar Baby – Academy Award winners Clint Eastwood, Hilary Swank and Morgan Freeman star in this gritty drama of a veteran boxing trainer, his former boxing cohort–and the woman who strides into his gym and announces she intends to become a professional fighter.

P.S. I Love You – When Holly (Hilary Swank), a 22-year-old widow, must put her life back together after losing her husband, Gerry (Gerard Butler), she discovers that he has left her a list of tasks revealed in 10 messages, delivered anonymously, that gradually ease her out of grief and lead her to a new life.

Doc Hollywood – Michael J. Fox stars as young, brash and brilliant Dr. Benjamin Stone, who heads out on a road trip to California, after completing his residency, for a dose of fun, sun and lots of money as a Beverly Hills plastic surgeon, but takes an unforeseen detour into Grady, South Carolina.

The Rookie – A short-tempered veteran cop, and his quiet new partner, who has long been haunted by guilt over his brother’s death, are determined to find the man who murdered his former partner in this hard-hitting action thriller.

Going The Distance – In this romantic comedy, Drew Barrymore and Justin Long star as a couple navigating the pitfalls and miscommunications of their bicoastal romance, dodging bad advice from friends and some predatory singles who won’t take “taken” for an answer.

Yes Man – Jim Carrey stars as Carl Allen in the story of a man whose life, with a single word, changes drastically after agreeing to try spontaneity by saying “Yes”… to everything. But his willingness to embrace every opportunity might just become too much of a good thing.

New to LG Channels in the United States

ACL Cornhole TV (492) (TripleB Media): ACL Cornhole TV is the ultimate destination for fans of Cornhole. Tune in for coverage of American Cornhole League events and original programming with ACL Analysts and Pros.

Love Nature (101) (BlueAnt Media): Get closer to nature and deepen your understanding of our complex natural world. Filmed in the highest quality, Love Nature offers viewers powerful stories of nature’s beauty and wonder from around the globe.

Stingray Nothin’ but the 90s (913) (Stingray): The 90s was a decade like no other. Grunge, pop, hip-hop, and contemporary country music battled it out on the charts. This mix samples a variety of genres from this unforgettable era.

LG Electronics is partnering with Google Stadia to offer three free months of access1 to Stadia Pro for both new and existing LG Smart TV owners. This limited-time promotion is now available and applies to LG TVs2 operating webOS 5.0 or higher in 22 countries3 where Stadia, Google’s cloud gaming platform, is now available. Play hit games such as Assassin’s Creed Valhalla and Far Cry 6 with a supported controller.

Save over 40% when you prepay for a year of HBO Max. Terms apply. For complete details, open HBO Max on your LG Smart TV4.

1 Offer available to new Stadia Pro subscribers. A valid form of payment is required to sign up, but you will not be charged during the first three months and you may cancel at any time – you must cancel before the three-month period expires or you will be charged for the fourth month. For how to manage your subscription, visit g.co/stadia/subscriptions.

4Offer valid through 10/30/22. Savings are based on price of the yearly plan paid upfront compared to the price of the monthly plan paid over 12 months. Discount applies to first year only. Terms apply. For complete details, visit HBOMax.com. 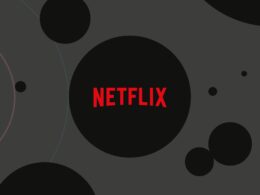 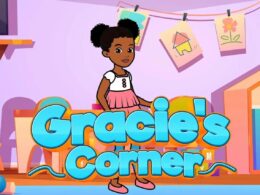 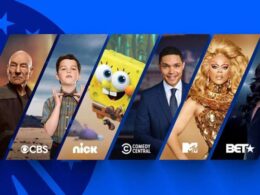 Global and Local Stars Like Dani Levy and the Cast of THE SHEIK, plus STAR TREK: STRANGE NEW WORLDS' Anson Mount and 1883's Marc Rissmann Celebrated the Launch During an Exclusive Launch Event in Berlin Following Last Week's Launch In France and Today's Launch In Germany, Austria And Switzerland, Paramount+ Is Now Available in 45 Markets Globally 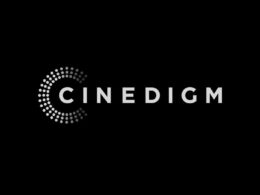