Directed by Chris Overton, The Silent Child is a 2017 short film that chronicles the story of Libby, a neglected deaf child who begins to find joy in life after a social worker is hired by her family to teach her sign language. The film achieved critical acclaim upon release and managed to win the Oscar for Live Action Short Film at the 90th Academy Awards.

Overton manages to capture the chaotic nature of Libby’s family really well. With Libby’s mother shuffling between hospitals and chores of her children and Libby’s father barely having the resolve for anything other than his job, Overton makes it clear that no one really has time to tend to Libby. Help from above soon arrives in the form of Joanne, a lovely social worker who instantly takes a liking to Libby and Libby also gradually finds herself warming up to her.

Unfortunately, as fate would have it, the parents don’t like the sign language direction focused on by Joanne and instead want the child to commit to speech therapy, believing that this would better help Libby assimilate with other kids. Joanne, who has invested her heart and soul into this beautiful child, is devastated. As Joanne and Libby exchange a tearful final goodbye at her new school, Libby must learn to survive in a school which is not equipped to deal with her special condition.

The first thing we were blown away by was the acting. Maisie Sly (Libby) is deaf in real life and she encapsulates Libby really well. This debutant child star goes toe to toe with the thespian Rachel Shenton, who plays Joanne with an irresistible charm and warmth that is a joy to experience. As the film progresses, we find ourselves falling in love with both the eternal optimism of Joanna and the innocent charm of Libby as the two discover a world that had long been inaccessible to Libby uptil now.

Cinematographer Ali Farahani manages to capture the brick and autumn feel of the English countryside really well. From the costumes to the interior of Libby’s house, every visual aspect feels perfectly aligned with the essence of the story. The music by Amir Konjani is stunning as well with the emotional cues of the tutor and the child saying goodbye particularly well done.

The Silent Child is not only a win from a thematic and narrative perspective, it excels in its technical aspects as well. There is absolutely nothing that this film lacks and in a brisk time of 20 minutes, Overton has managed to illustrate a beautiful bond between a special child and her inspiring caregiver as they work together to prepare her for the perils of the real world. Powerful and moving, The Silent Child makes a potent case for sign language inclusion in schools everywhere and a timely reminder of the difficulties such children face when growing up.

Chris Overton is an English actor and filmmaker, best known for his film, The Silent Child for which he received critical acclaim and won the Academy Award for Best Live Action Short Film. 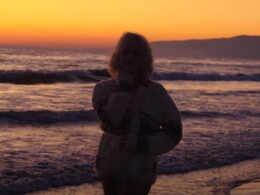 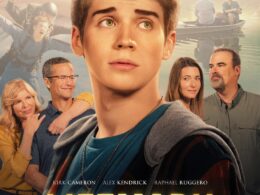 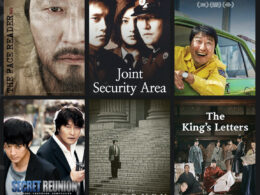 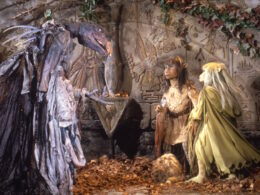 The 1982 film, from Directors Jim Henson and Frank Oz, Returns to U.S. Cinemas for Two Days Only – December 4 and 7.