Far from the confines of Andy’s room, a sneak peek of new Forever stamps from the U.S. Postal Service was revealed at the red-carpet premiere of Disney and Pixar’s “Lightyear,” the new movie featuring Buzz Lightyear.

“Go Beyond” is a pane of 20 stamps arranged in four horizontal rows of five stamps featuring the image of Buzz Lightyear, a Space Ranger marooned on a planet 4.2 million light-years from Earth.

Additional details about the “Go Beyond” commemorative stamp collection, including the release date, will be announced later this year.Postal Products

Customers may purchase stamps and other philatelic products through the Postal Store at usps.com/shopstamps, by calling 844-737-7826, by mail through USA Philatelic or at Post Office locations nationwide.

The Postal Service generally receives no tax dollars for operating expenses and relies on the sale of postage, products and services to fund its operations.

Pixar, the Pixar logo, “Buzz Lightyear” and related properties are trademarks and/or copyrights of Disney/Pixar in the United States and other countries of DISNEY • PIXAR. © 2022 Disney/Pixar and/or its affiliates.About ‘Lightyear’

A sci-fi action adventure and the definitive origin story of Buzz Lightyear, the hero who inspired the toy, “Lightyear” follows the legendary Space Ranger after he’s marooned on a hostile planet 4.2 million light-years from Earth alongside his commander and their crew. As Buzz tries to find a way back home through space and time, he’s joined by a group of ambitious recruits and his charming robot companion cat, Sox. Complicating matters and threatening the mission is the arrival of Zurg, an imposing presence with an army of ruthless robots and a mysterious agenda. 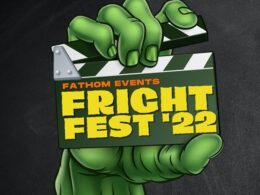 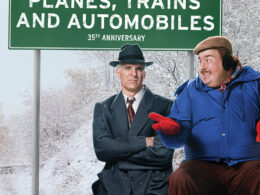 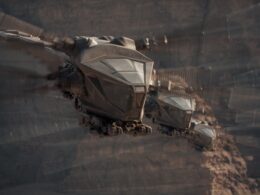 Treadway Events announced the return of "The Cinema of Horrors: Drive-In Experience," a contactless, Halloween experience coming to the Clark County Fairgrounds & Event Center – 25 minutes away from downtown Portland, OR. This unique horror movie drive-in series offers a COVID-19 safe way to celebrate Halloween in 2022. The month-long event features the scariest horror blockbuster movies and combines real live actors, over-the-top lighting, and special effects throughout the film each night.