directorial debut of Malia Aniston, The Sleepover, is an award-winning flick that had its premiere at the Vegas 49-Hour Film Festival in Downtown Las Vegas. In this coming-of-age tale starring Mikaela Brown-Cestero, Faith Lancaster, and Victoria Kelemen, the girls decide to have what seems to be a normal high-school sleepover.
3 minute read
Total
0
Shares
1
0
0

LAS VEGAS, Nev. – The directorial debut of Malia Aniston, The Sleepover, is an award-winning flick that had its premiere at the Vegas 49-Hour Film Festival in Downtown Las Vegas. In this coming-of-age tale starring Mikaela Brown-Cestero, Faith Lancaster, and Victoria Kelemen, the girls decide to have what seems to be a normal high-school sleepover. The girls talk about make-up, social media, and boys until all three make a shocking revelation. The Sleepover has been receiving some serious buzz since it was screened at the festival.

The film was written by Ricky Gray and Directed by both Aniston and her co-director, 24-year-old Danielle Patton. The film was entirely female-directed as well as entirely female-starring. A step toward the world of more female-directed films. “I feel like I’ve been incredibly lucky to work on so many sets that fully give me the space to learn and give me just as much opportunity as anyone. To be taken seriously for my work.” says Malia.

The 27-year-old got her start with artistic vlog-style projects in middle school with her friends, adding photography in high school. She continued her journey as Production Assistant in 2016 for the Jimmy Kimmel Show, then judged a 48-Hour Film Festival locally in 2017. In 2020, she started working on commercials, music videos, and short films for a local film studio. She has since joined other film teams in town, taking home two awards for The Sleepover for her first film festival, just one year after she took on the title of Director.

With her third film wrapping up, she has her sights set on the film festival circuit for this new film project. The project is a big step up from anything she has done previously, with Aniston starring in the film in addition to acting as the Assistant Director. “I’ve wanted to do this for a long time. Olivia Wilde is an incredible director and actress, and she does both at the same time. I felt that was a goal I wanted similarly. I said, ‘I want that.’” It’s going to be hard to miss this up-and-coming director. Aniston’s first film, “Contaminated,” is also in the works with goals to submit for festivals.

While she’s not working on set, she serves on the film review committee for the Dam Short Film Festival. Aniston just wrapped up her second season on the committee. “It’s been really rewarding to be a part of such an amazing process. I’m constantly blown away by the talent that passes through the festival.” Aniston is also a local musician, often performing covers in Downtown Las Vegas. “My first loves were music and film.” She adds.

You can catch Malia Aniston at the next 48-Hour Film Festival screening on the 10th of December.  The Sleepover placed second overall in best picture as well as taking home best musical score. The screenings took place in Downtown Las Vegas at Art Houz Theater on December 1st. This is the festival’s first year.

To learn more about the 49-Hour Film Festival in Las Vegas, visit https://www.losburrosmedia.com/the-49-hour-film-festival

Patton started filmmaking in 2016 and joined Dwarf Star Films in 2021. Patton is known for her color correcting and directing skills for several Dwarf Star short films. Aniston started making personal film projects in 2008, then graduated to commercials, music videos, and short films in 2020 through another local film studio, Simple Equations Media. Malia joined Dwarf Star Films in the spring of 2022. Malia Aniston is a 27-year-old film director located out of Las Vegas, NV. Danielle Patton is a 24-year-old film director out of Las Vegas, NV. 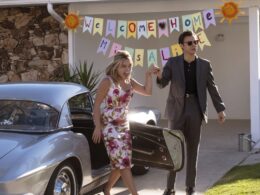 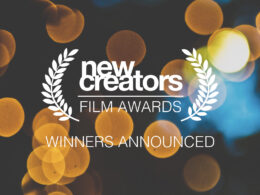 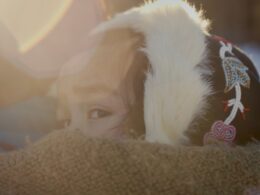 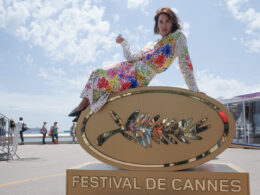 At the 75th edition of the star-studded-yet-arty Cannes Film Festival, Tzef made their first-ever appearance at the French…